I was fortunate enough to own a 1963 Corvette Split Window for about 2 years. The best part was how I obtained the car. Some people believe that cars find you and not the other way around and I suppose both might’ve been true on that day. 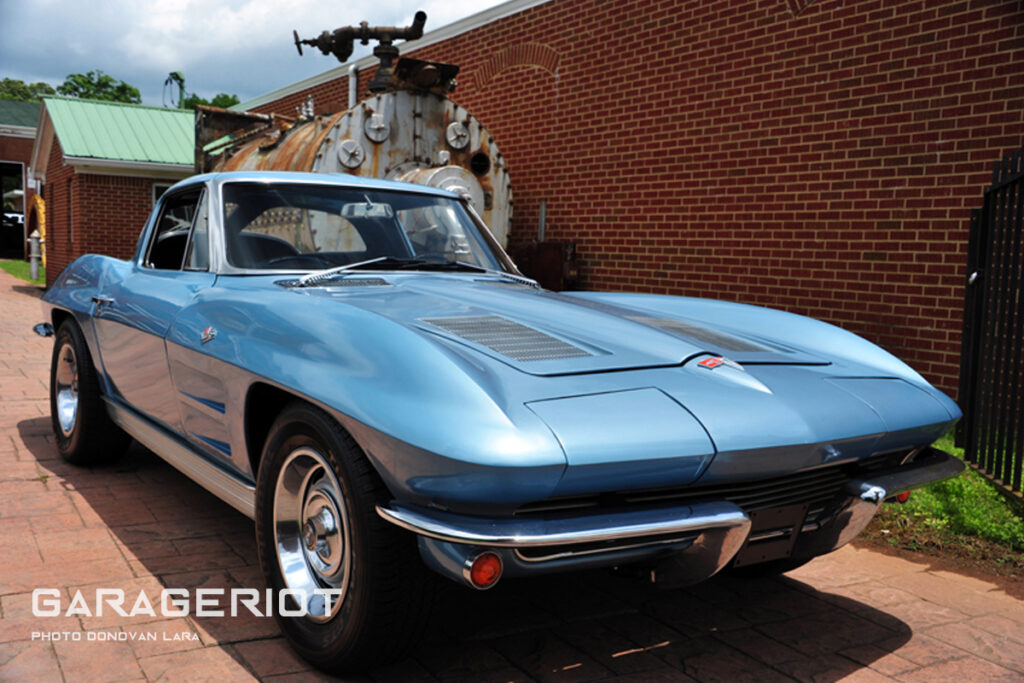 About six months prior, I was helping a friend with his job. It just so happened that he was a photographer for Playboy. He had mentioned it before and being the good friend I am, I told him that if he ever needed any help on set, to let me know. Well that day came and he reached out to me. What essentially became a go-fer job – I was tasked the day before the shoot with picking up the photo gear from a rental place downtown.

The photoshoot location was a “house” which was essentially a mansion with an incredible driveway that was not only many changes in elevation, but also included a bridge over a creek that made the mansion appear to have a moat. That day I was one of three assistants on the shoot that took care of everything from lighting to camera setup.

The owner of the home was not present, which seemed strange, but I’m assuming the opportunity to use your house for Playboy was incentive enough. We started shooting in the kitchen area, living room and eventually moved to what was one of many bedrooms. It was during this part of the shoot that the light meter batteries died. While the photo shoot continued, the rest of us were tasked with finding a pair of AA batteries in the house. I don’t know about you, but I’m not typically comfortable rummaging through people’s houses when they are home, much less when they aren’t, so I searched carefully.

At first, I checked the random junk drawer in the kitchen but no luck. Then I made my way into one of the garages. As soon as I opened the door, I saw two 60’s era shapes covered in car covers. It was obvious what they were, but not obvious what years so I made my way to the back of the first one and felt for the identifier, the split window center beam and there it was. I made my way back upstairs empty handed. Soon after the owner and his wife arrived. We were all introduced and I immediately mentioned that I had discovered his 63 Split Window in the garage. He didn’t look impressed as you could imagine the thought when you find that someone had been snooping through your house. Nothing else was said and we wrapped the shoot a little later that day.

A few months later, I ran into the mansion owner at a bar and we talked about the split window. I explained how I had discovered the car and just joking around I told him, “I’ll give you $40,000 for it.” He laughed and we end the conversation.

Fast forward three days and I get a phone call. Turns out the mansion owner had gotten the number from my photographer friend and called to tell me that the Split Window was for sale, if I was interested at a “reasonable” price. He invited me to come look at it. I blew him off several times and figured his idea of “reasonable price” and my idea of it were nowhere close. Six months later, he called me again and said, “Just come take a look at the car”. At this point I thought, well at least I’ll be able to say I drove a split window, so I headed back to his place to look at the car. 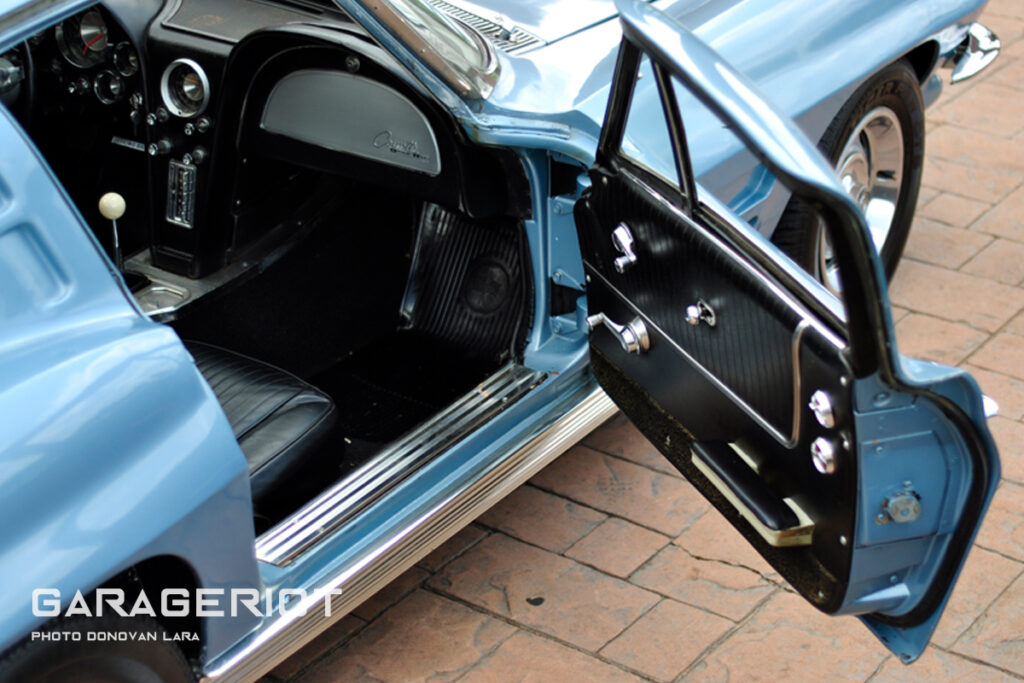 The car was amazing. It had been restored over time and he tells me that he had just repainted the frame, rebuilt the generator and has done some other work. The interior and exterior are in great condition. We walk around the car for about 20 minutes talking about it when he tells me that he also has a 1967 427 convertible for sale, which I find quickly is out of my price range. With that, we hop in and go for a drive. The car is power steering but manual brakes and I’m warned to ease into the brakes otherwise the car tends to move into the oncoming lane under hard braking. I was amazed at how comfortable and smooth the car was. The suspension was a little too bouncy for me but to that point, it was the oldest car I had driven so I didn’t know what else to expect. The engine sounded incredible and the power was definitely there when you needed it. After the test drive, we talk numbers and he told me $42,500.00 will take it home. I hopped on a call with my uncle who is a Corvette guy and gave him the low down. He basically told me that if I don’t buy it I’m an idiot. So I did and enjoyed the car for a couple of years.

While owning it I managed to run out of gas on the side of the interstate. Yep I was “that guy”, only to find that the fuel gauge would stick at half fuel. I almost lost one of the $150 hubcaps going down the road. I learned that Corvette owners are very particular about originality and I also learned that I was afraid to drive it regularly due to the fear that someone was going to damage the car, which meant that most of the time it was parked in the garage. Over two years I put a total of about 200 miles on the car. Yeah, I know. 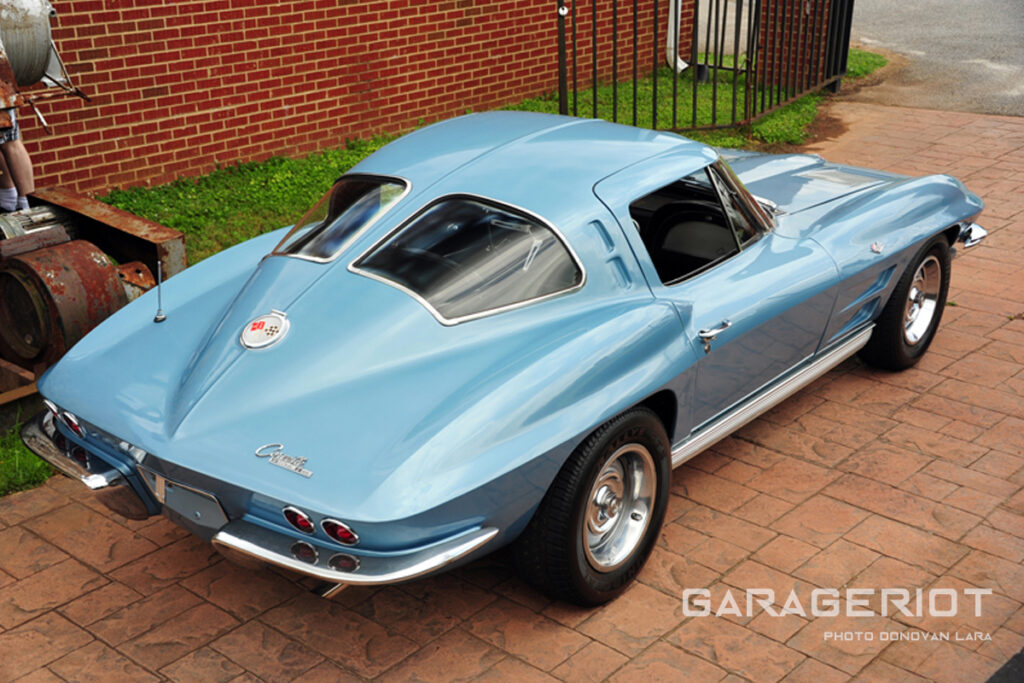 Ultimately, I decided to sell the car. Not through any fault of its own, it was just time to move onto other things. However, selling the car turned out to be the most adventurous part of my ownership. In doing some research, I found that the car in mint condition ranged from $80-100k give or take certain options and condition. This of course excluded the fuel injected versions which were already topping $150k. Of the three non-FI cars mine was the most powerful being a 327/340hp car, so I factored that in when calculating the asking price of $66,000. 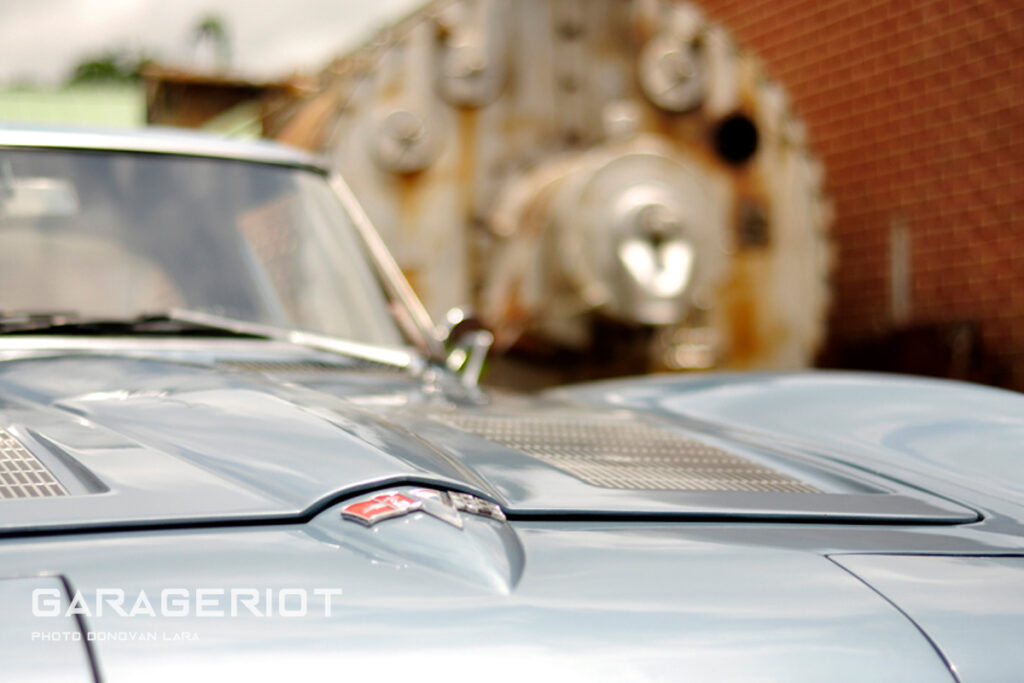 About two weeks later I was contacted by a classic car dealer in Florida who wanted to buy the car for my asking price. He asked briefly about the car on the phone and then told me he’d like to pick up the car a week later. At that time the car was at a reputable Corvette shop getting a last-minute tune up. He arrives with a trailer and a 20 something daughter in borderline inappropriately tight clothing. We walk around the car and he points out some flaws but then tells me he is going to completely tear the car down and rebuild it and when he’s finished it will be a $100,000 car. In the meantime, the Corvette restoration shop boys were starting to pay close attention to the daughter and were casually making their way out into the parking lot with the three of us. It was at that point that the buyer decided it was time to leave, tells his daughter to get back into the truck and gets the car loaded.

I never saw or heard about the car again but I would assume it and the daughter are doing just fine. 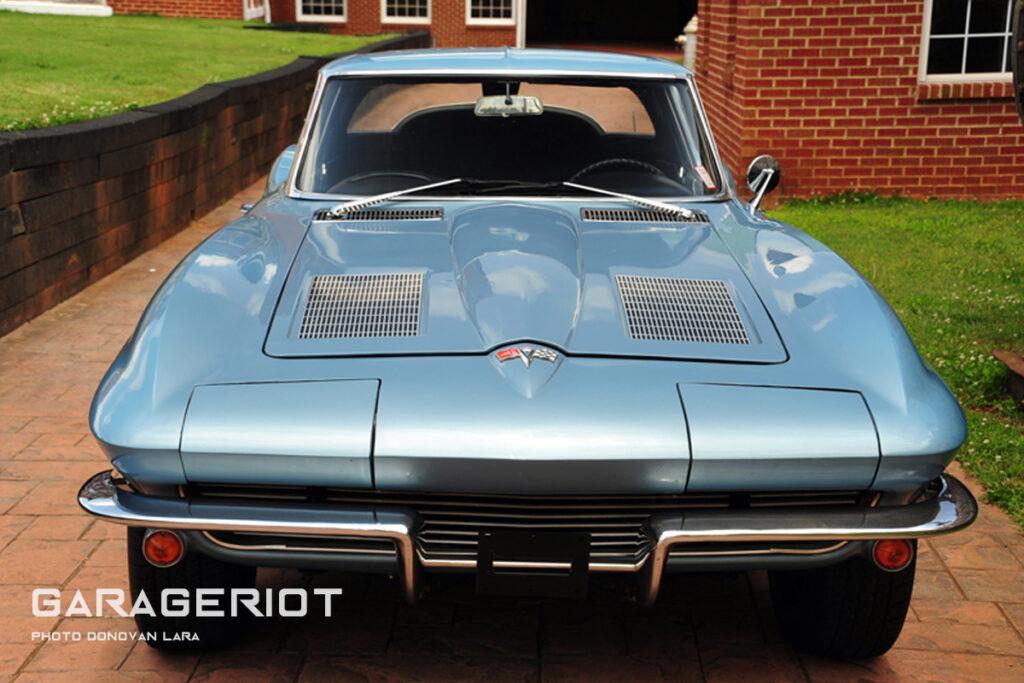 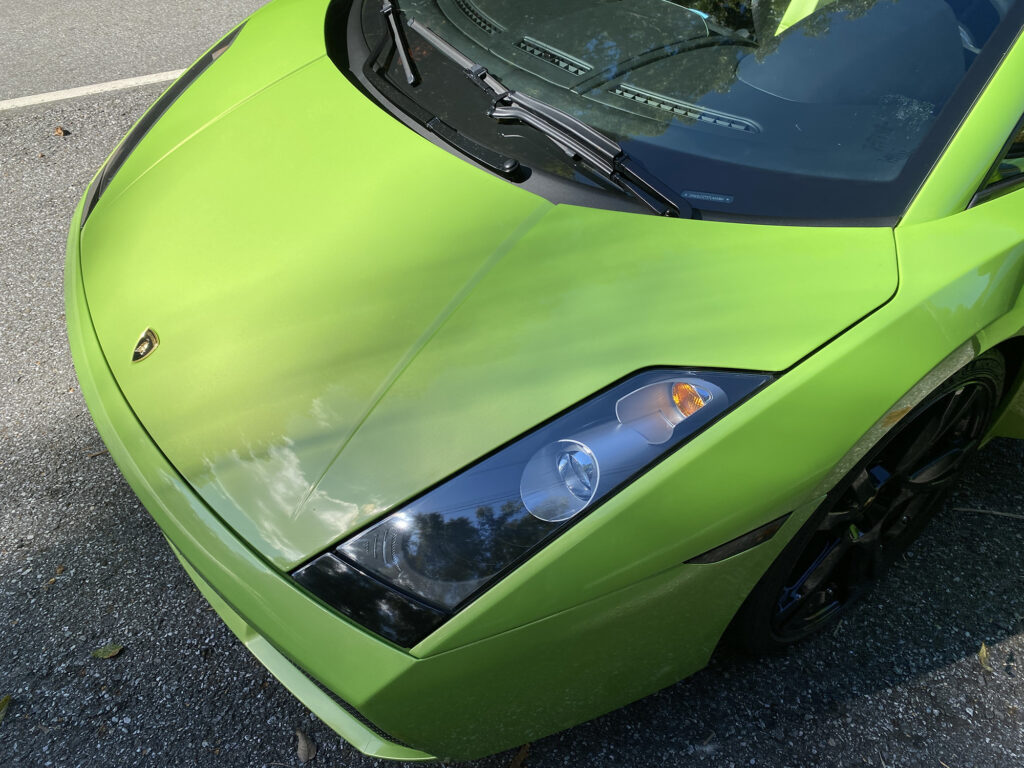 I was lucky enough to own a '63 Split Window Corvette

You have already reported this
Clear Clear All